Open Carry in the Workplace is Bad for Business 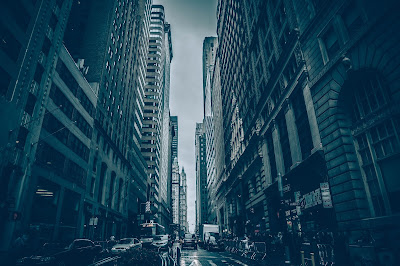 I’ve said it before, this is nothing but continued self-fulfilling negative PR, and unfortunately for everyone in Baltimore, perception is reality. Just when I was hoping “open carry” wouldn’t get to the goal line in Texas the internet begins to use the Baltimore riots as an example of why we “need” open carry – but they’re wrong.

“You can’t get ahead when you’re trying to get even.” – Unknown
Q: What’s open carry in Texas have to do with Baltimore?
A: Nothing directly, but showing young black men rioting in the streets is all the PR you need to get such a counterproductive and silly bill, put forth by another minority and then voted into a law. There was a sliver of hope that the governor wouldn’t sign before the Baltimore riots. Now it’s just justification for the proponents.
Q: Why the opposition to open carry?A: There are a lot of good people that carry openly. You cannot tell from looking at someone if they are currently carrying a concealed weapon. This is helpful because the element of surprise is better than potentially becoming a target.
If you currently have a CHL, then you can carry your gun (concealed) in most places during your daily routine (gas station, restaurant, etc.). When a bunch of idiots of any race start to show off their guns at those places, that leads to these establishments prohibiting ALL guns. This basically eliminates the advantage and privilege given to current CHL holders.
Have you noticed who gets shot first in movies and even actual robberies? The guy with the gun – because he’s the obvious threat. If you want to rob someone then you identify and eliminate the threats first, so I suspect many more unassuming open carry citizens to get into unnecessary situations that will be dangerous for themselves and others.
I don’t want my daughters at a toy store standing next to an idiot with his 45 on his hip. A lot of CHL holders do not carry because it’s hard for the to conceal their preferred carry weapon, but with open carry we will see much larger, much more dangerous weapons in public.
You cannot identify a real-life situation where an open carry scenario would be better than a concealed carry scenario.
Q: Are you defending the criminals that are rioting and not the law abiding citizens that want to protect their families and businesses?A: No, I’m not.
Q: Why not support open carry? I’d feel more comfortable seeing other open carriers in my midst.A: Police and military practice open carry for access, not as a deterrent. For example, many detectives and federal positions do not open carry since they do not need access the same way as a soldier or police officer does. It’s a small business owner’s right to not alienate a majority of their customers for the preferences of the few, and I’ll unfortunately be lumped in with that group. I do not and will not feel comfortable with open carry in the midst of my daughters. There is more safety in concealment. Like I said above, there are almost no real-life scenarios where an open carry would be more beneficial to a concealed carry.
All of the questions and answers I’ve stated can be applied to the workplace. I would not feel comfortable letting my employees open carry – let alone would I want to alienate an employee who feels the same way.
Join the discussion! Let me know what you think of open carry in the workplace policies.
« Presenting Real Estate Tech On Great Day Houston
Three Ways To Motivate Your Employees »